Places You Have To Visit On Your Trip To Albuquerque Planning on stopping by our Albuquerque location for some great bud? Don’t let the fun stop there! There are plenty of sights to see and fun to have in the land of enchantment. 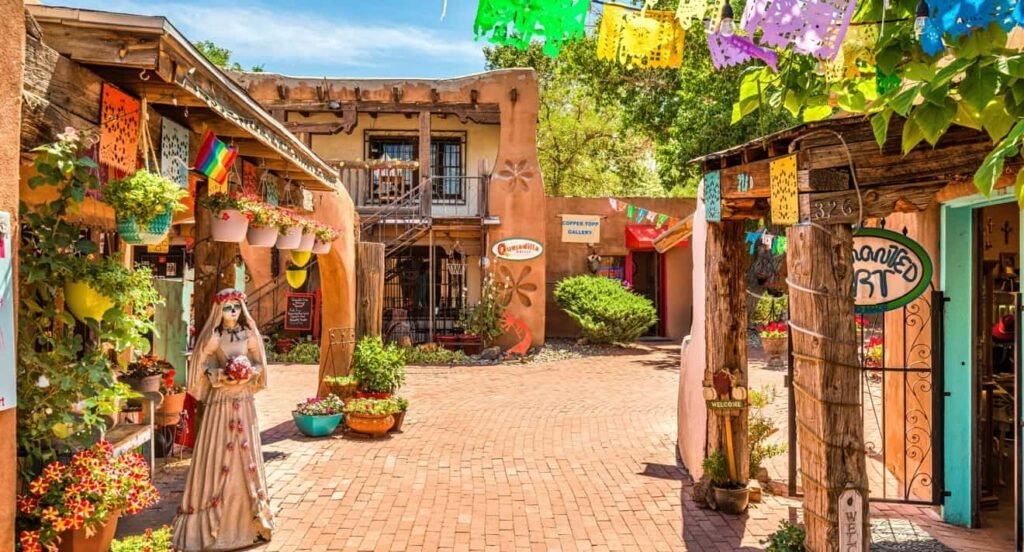 Get ready to take your horse to the Old Town road down in Albuquerque, New Mexico. Old Town is one of the original Spanish settlements here in North America. This charming southwestern settlement is steeped in the rich Spanish, Mexican, and Native American cultures of the area. As you make your way through Old Town your eyes will fall upon giant old cottonwood trees, immaculate adobe structures, and historic cobblestone streets. You can even visit different attractions like souvenir shops, little museums, art galleries, and restaurants that feature mouth-watering local cuisine. 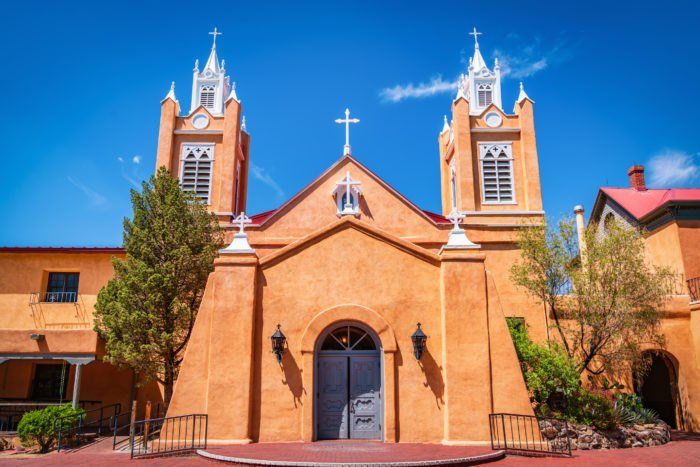 While you’re there don’t forget to hit Old Town’s main tourist attraction, the San Felipe de Neri Church. Founded in 1706, this centuries-old Catholic church maintains most of its original structure. Save for its tin ceiling, brick floor, and south entrance, the church has kept the same structure since 1793. They’ve also added a gift shop so you can take a little piece of Old Town home with you. 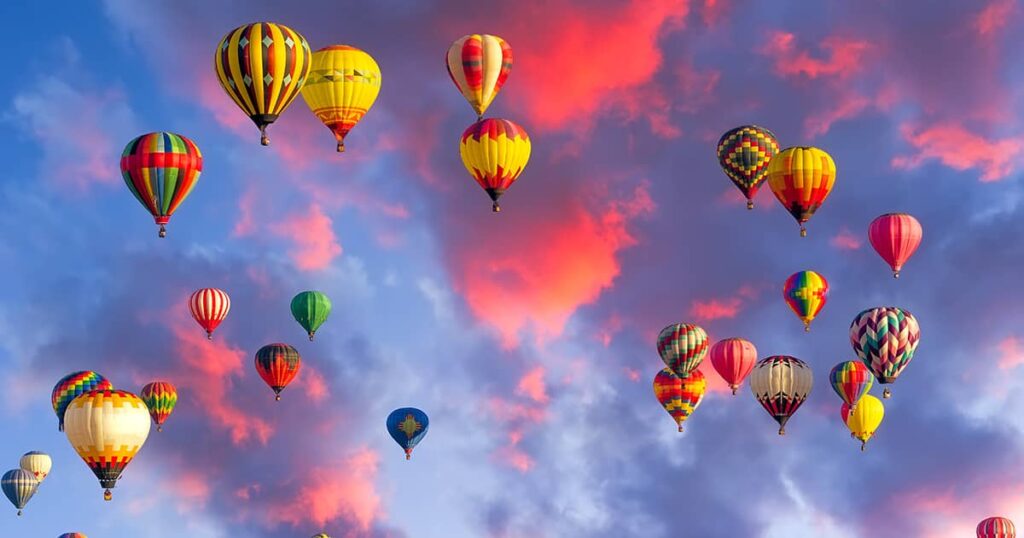 Perhaps the most well-known event that takes place in Albuquerque is the International Balloon Fiesta. For 9 days in October, hundreds of hot air balloons take flight to create an enchanted world of special shape balloon rodeos, twilight balloon glows, and vibrant balloon-filled skies. 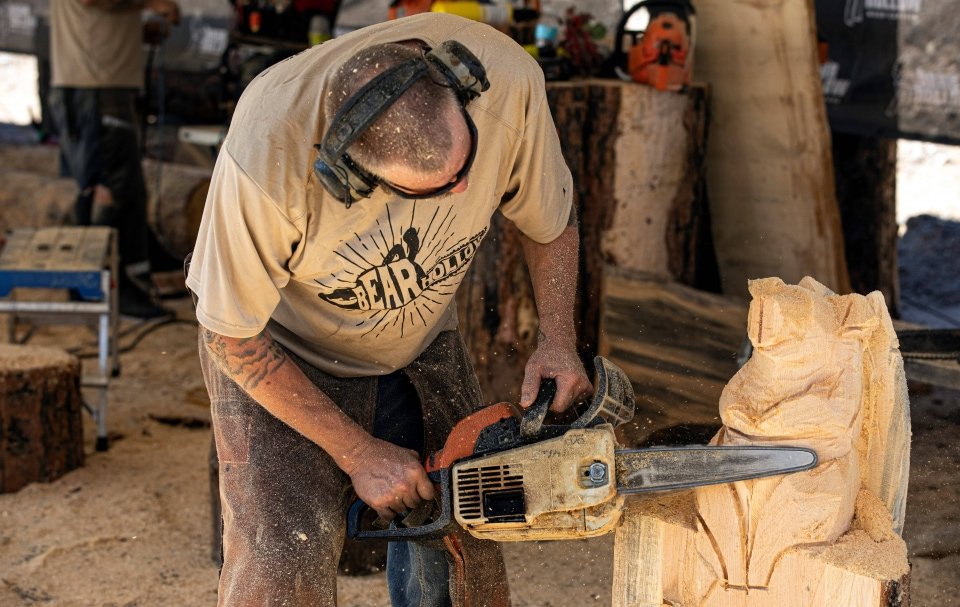 Cool hot air balloons aren’t the only attraction though. The Albuquerque International Balloon Fiesta also hosts a Chainsaw Carving Exhibition! Here, carvers use their chainsaws to create mesmerizing sculptures out of wood. Guests and spectators are even given the opportunity to take one of the beautiful carvings home with them as a wonderful souvenir.

As you may remember from our article on Kokopelli, New Mexico is home to ancient Anasazi petroglyphs that date back as far as 500 A.D. At The Petroglyph National Monument in Albuquerque, there are approximately 20,000 petroglyphs found within the park. In addition to these petroglyphs, the park encompasses 7,244 acres that include a basalt escarpment, five dormant volcanoes, and an expansive mesa. 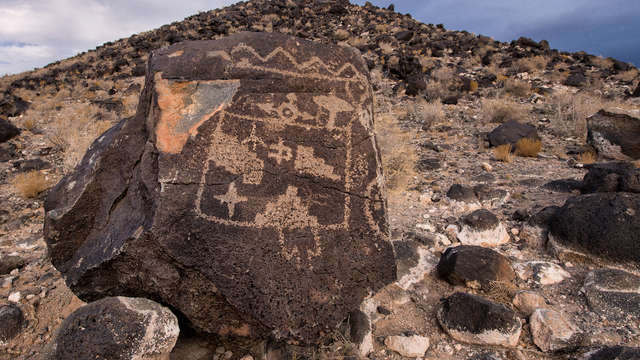 At The Petroglyph National Monument, you can walk along one of the three main hiking routes. The easiest trail is the Boca Negra Canyon, which features 100 petroglyphs along one mile of trails. Next, the Marcadas Canyon Loop features a 1.5-mile trail while the Rinconada Canyon trail features a 2.2-mile trail. Each of these two trails has around 300 petroglyphs to look at. Be careful during your travels though! These trails are home to wildlife like rattlesnakes. Plus, the hot desert climate will take a toll on you physically, so don’t forget to pack plenty of water!

The National Museum of Nuclear Science is the nation’s only congressionally chartered museum in its field and is an intriguing place to learn the story of the Atomic Age. Here, you’ll learn about history from the early research of nuclear development through to today’s peaceful uses of nuclear technology. You’ll also find things like the “Dark Cube: Heisenberg’s Race for the Bomb” exhibition. This exhibition focuses on a dense, two-inch charcoal-black cube made of pure uranium metal that Nazi scientists suspended with 663 other similar cubes during World War II in an effort to create the world’s first atomic bomb.

The Indian Pueblo Cultural Center is owned and operated by the 19 Indian Pueblos of New Mexico and is dedicated to the preservation and perpetuation of Pueblo Indian Culture, History, and Art. When you visit, you’ll learn about Pueblo culture from ancient times to the present in their museum and exhibition galleries. In addition to this, you can dine in at the Indian Pueblo Kitchen. This restaurant is centered around Indigenous food ways, education, and exploration and even features an innovative teaching kitchen. In addition, the Indian Pueblo Store allows you to shop for traditional and contemporary jewelry, pottery, rugs, and more from award-winning, internationally renowned artists as well as emerging talents. You can also shop for authentic Native American art directly from many talented artists in the IPCC courtyard.

Escape to a place with rich heritage and culture when you visit the Casa Rondeña Winery. The Casa Rondeña Winery was lovingly established in late 1995 as a family undertaking. The first plantings were added in 1990 at the hands of vintner John Calvin and his two young sons, Ross and Clayton. Shortly thereafter, the Tasting Room opened in August 1997. Lastly, the winery building was completed with a commemorative Tricentennial bell tower in the autumn of 2004. Explore the beauty and architecture of the winery, enjoy one of their award-winning wines in their tasting room, and learn more about their wines and gourmet sauces in the Wine Shop.

As you may have heard, we’re not just in Spokane anymore! That’s right. Soon you can buy all the best weed and cannabis accessories all the way down in Albuquerque, New Mexico thanks to the opening of our newest location at 800 3rd St NW Albuquerque, NM. So, come on in and see us!