Kokopelli | A Quick Look At The God Of Fertility And Agriculture Have you ever seen this image before? If you’ve been to a smoke shop, especially here on the west side of the country, you’ve probably seen some depiction of this figure on a t-shirt or some hokey gift shop goodie. You may be wondering, who is this mysterious flute-playing figure? That’s right, he’s playing a flute, not smoking a pipe. Well, this is Kokopelli, a Native American fertility deity that is worshipped by the people of the Hopi Tribe and many other Puebloan peoples. As a fertility deity, Kokopelli presides over childbirth and agriculture. In addition to this, Kokopelli is also a trickster god who represents the spirit of music. 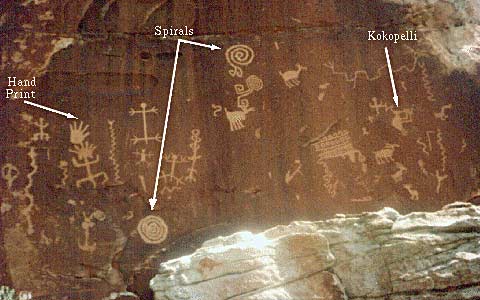 The earliest known depictions of Kokopelli can be found in ancient Anasazi petroglyphs as far back as 500 A.D as well as Hohokam pottery that is dated between 750 AD and 850 AD. 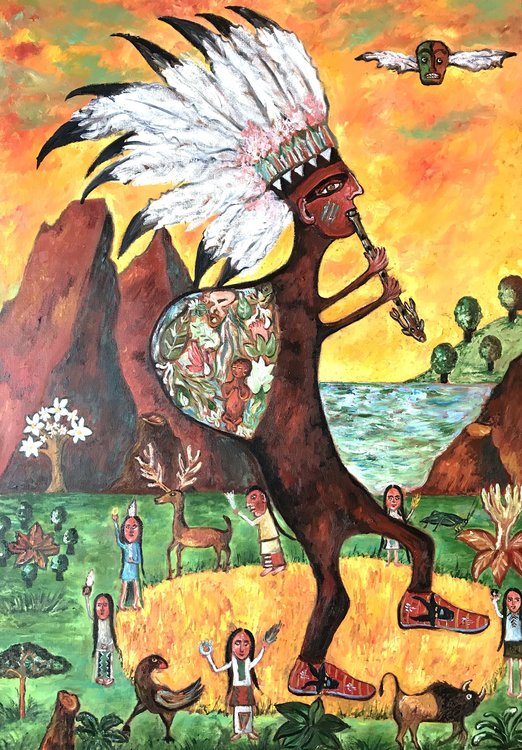 His most recognizable features are the hump on his back and the flute that he is often depicted playing. Some say that the hump on his back is a depiction of the sack of seeds and songs. He would carry this sack on his back from village to village. Upon his arrival to a given village, he would share his wares and tell tales to the people he met.

Others say he is an human-like insect with a hump on his body and a prominent proboscis. In fact, the name “Kokopelli” is a possible combination of the words “Koko”, in reference to another Hopi and Zuni deity, and “pelli”, the Hopi and Zuni word for the desert robber fly. Evidence to support this particular theory is found in the fact that the desert robber fly has a prominent proboscis and rounded back, much like the depictions of Kokopelli.

Stories vary slightly from tribe to tribe. Regardless, Kokopelli is widely revered by many different groups of people in the Southwestern United States to this day. 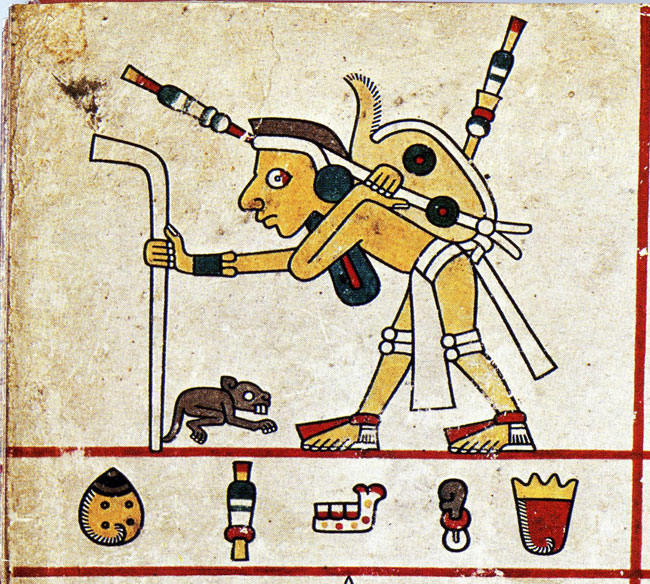 When it comes to his agricultural influence, many believe Kokopelli may have been an ancient Aztec trader. These traders are known as pochteca. As such, Kokopelli may have traveled throughout the Southwest and Mexico with goods like seeds and songs slung over his back forming that all too familiar hump. He would announce his arrival to villages with his flute, letting those at the settlement know he was a friendly traveler. This particular facet of Kokopelli’s lore is highly debated, as the first known images of Kokopelli predate the major era of Aztec and Anasazi trade by several hundred years. Still, his hump is often thought to be a sack of seeds used for planting fertile crops.

Kokopelli also plays his flute to drive away the winter and bring about the spring for flourishing crops. Many tribes, like the Zuni, also associate him with the rain. 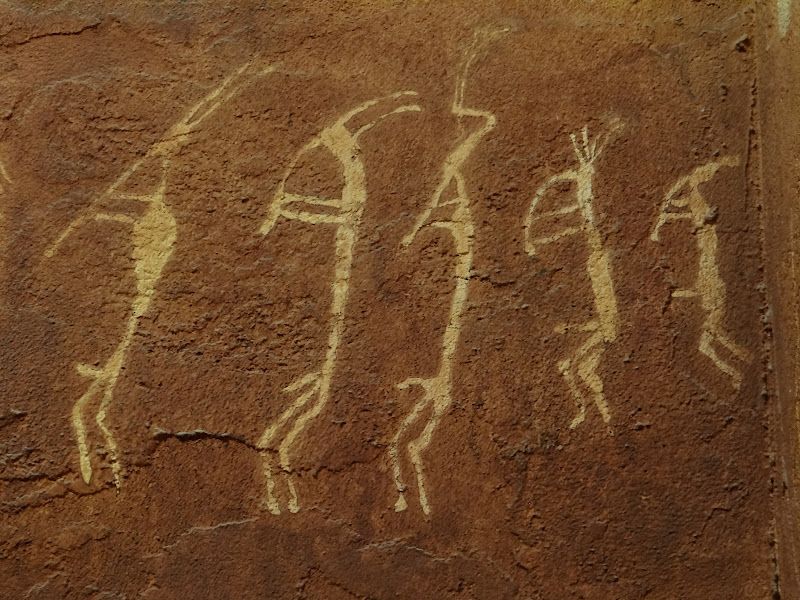 Among the Hopi, the hump on Kokopelli’s back represents him carrying unborn children on his back that he would distribute to women. As a result, many young Hopi women do not wish to interact with Kokopelli.

In one version of his legend, some say he would play his flute as he walked into villages. Upon his arrival, unmarried women would flock to his songs and meet him as he neared the village. It was then that Kokopelli would choose one lucky maiden to spend the night with. Should this fateful encounter result in childbirth, that child was said to have supernatural powers. 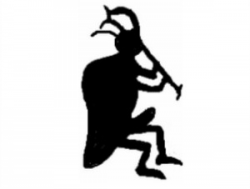 His ties to sexual proclivity are often overlooked, as modern depictions of Kokopelli have been emasculated. Before the Spanish missionaries settled in North America, Kokopelli was often depicted with a phallus. These Spanish missionaries convinced the Hopi of the area to omit this phallus from their representations of Kokopelli, and as such most modern depictions of him are non-ithyphallic.

Kokopelli also takes part in marriage rituals and is sometimes himself depicted as a consort, a woman called Kokopelmimi by the Hopi. Kokopelli is said to be seen on the full and waning moon. 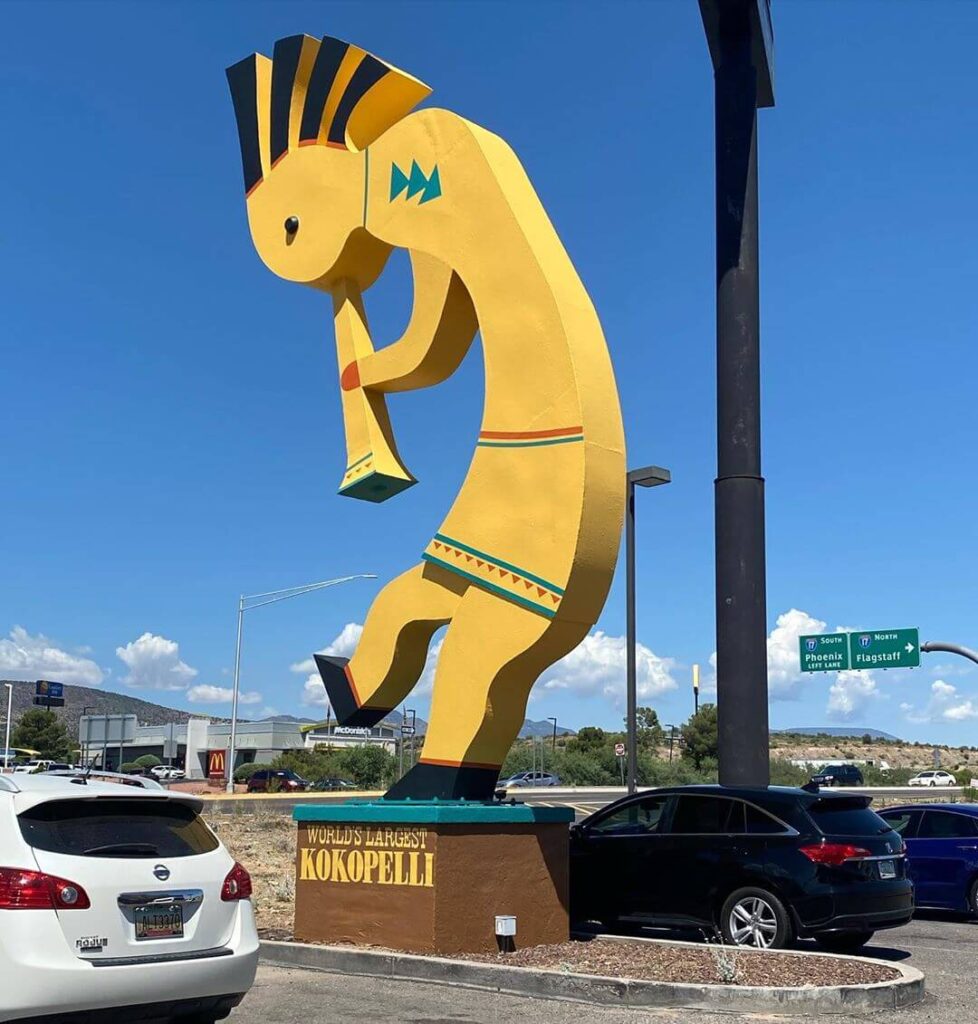 Kokopelli saw a rise in popularity in the ’90s when his image was co-opted by American smoke shops and plastered onto everything from tie-dye t-shirts to figurines. Some people, like scholar Ekkehart Malotki, dubbed this period “Kokopellimania“. This rise in popularity can likely be attributed to the rise in New Age thinking and ecological activism that was surging in the ’90s. As is the case with most culturally appropriated iconography, the symbolism behind Kokopelli slowly shifted from its origins in Native American folklore to something entirely different. To those introduced to Kokopelli through his modern resurgence, his image may simply be a representation of a “free spirit”.

Despite this, Kokopelli still plays a significant role in Native American folklore in the American Southwest. So, the next time you see that flute-playing dancer in the window of your nearest smoke shop, think back to this article. Try and appreciate the rich history surrounding him and the deep cultural significance he holds.