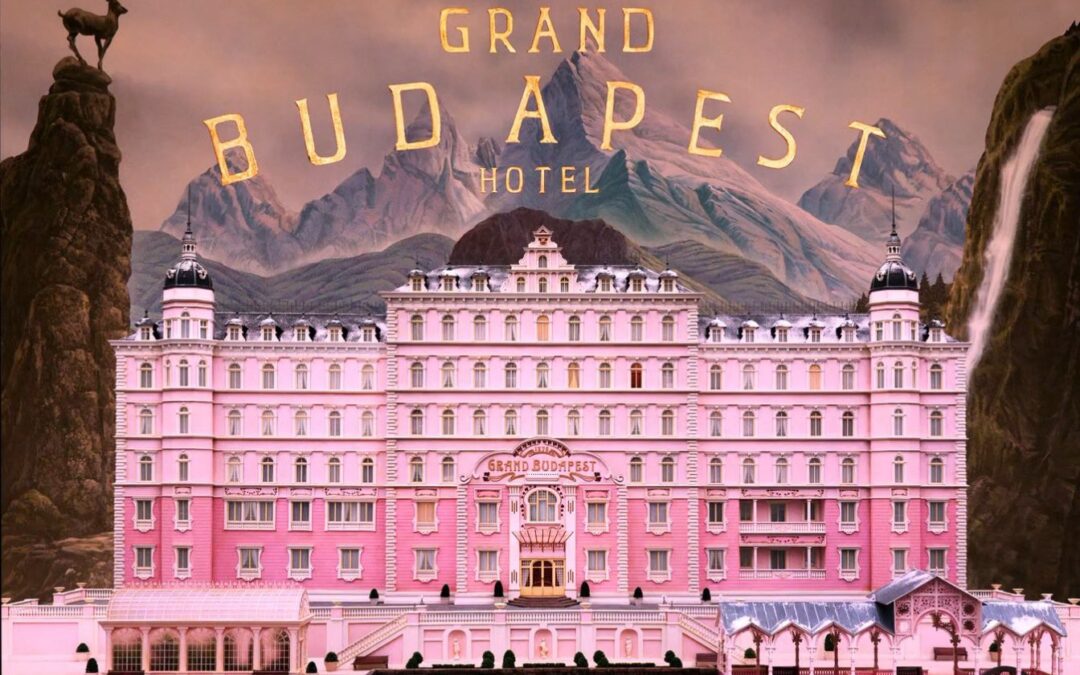 Wes Anderson movies are a favorite for many who enjoy his distinct visual style. Many praise Anderson for the unique color palettes and insane intention detail he puts into his movies. Consequently, they are the favorite of many stoners and film junkies alike. The visuals of Anderson’s movies are an experience in and of themselves, but smoking weed beforehand takes the experience to a whole other level. So, which strain should you be toking before you sit down and enjoy a Wes Anderson classic? That’s where we’ve got you covered. Keep reading to find out which strains we recommend pairing with some of Wes Anderson’s most popular movies.

Zero (Tony Revolori) tells the story as he recounts his time as a lobby boy at a mountainside resort in the fictional country of Zubrowka. The story follows him and famed concierge Monsieur Gustave H. (Ralph Fiennes) during a period of unrest as a fascist regime try to take hold. Gustave is famous for seducing old, wealthy clients while tending to the hotel. The most notable affair is one he has with Madame D., a wealthy dowager, for nearly two decades.

Upon her mysterious death, Gustave and Zero visit an estate for the reading of her will. It’s here that they come in contact with Madame D.’s surviving relatives. Later, at the reading of Madame’s will, Gustave receives the gift of a priceless Renaissance painting called Boy with Apple. This however, causes Madame’s son Dmitri to grow furious and he demands that Gustave be arrested. Gustave and Zero manage to sneak away with the painting, but Gustave is later put under arrest due to suspicion of Madame’s murder. 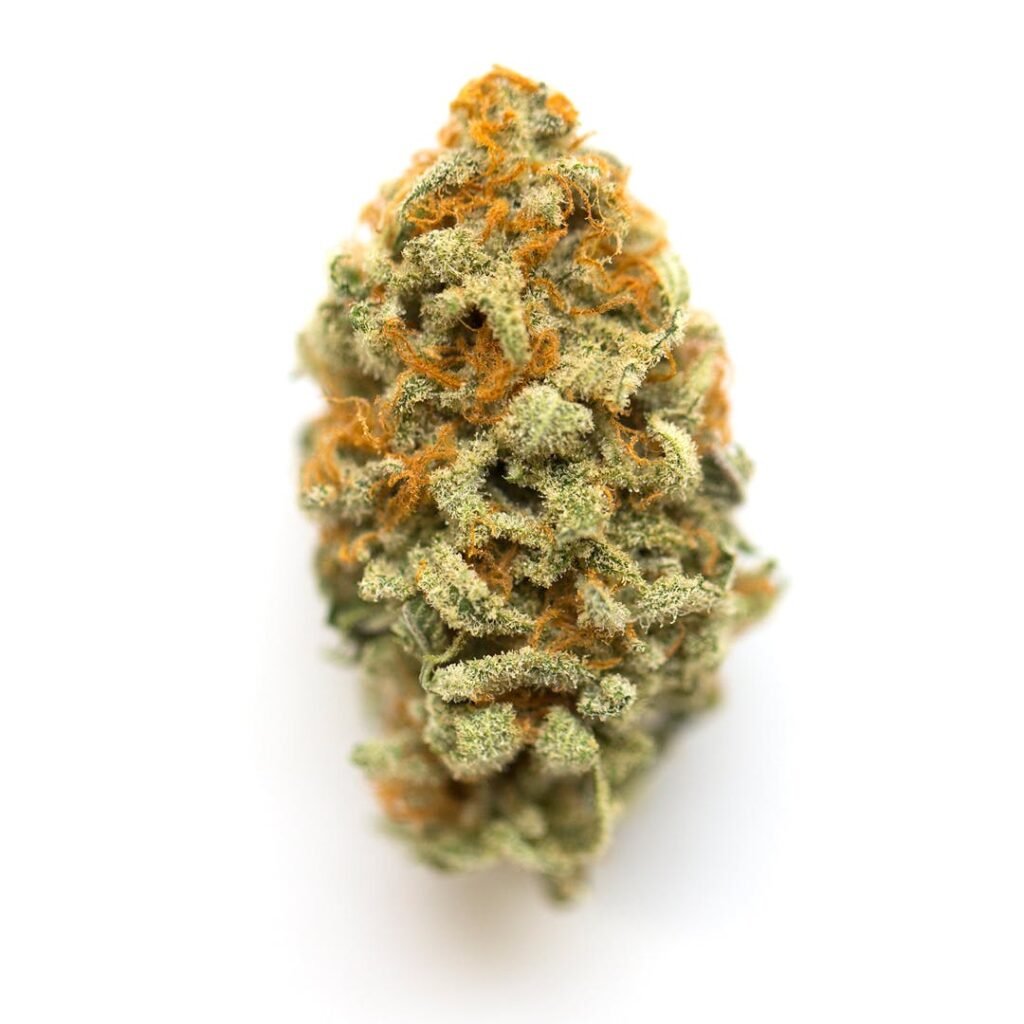 Panama Red is a pure sativa flower and an old-school cannabis classic. Its effects are speedy and almost psychedelic making Anderson’s unique use of color all the more enjoyable while high on this flower. The aroma it gives off while you’re smoking it is fresh and earthy, teleporting you to the mountainside of Zubrowka. If you plan on watching The Grand Budapest Hotel with a friend, this strain will have you folks chatting away the night as users note it tends to make them more talkative.

Try Panama Red from us today!

Made in 2004, The Life Aquatic with Steve Zissou is a comedy-drama movie starring the beloved Bill Murray as Steve Zissou. Along with Murray is an all-star cast, featuring Owen Wilson, Cate Blanchett, Willem Dafoe, Jeff Goldblum, and Anjelica Huston. The character of Steve Zissou is a parody of and homage to Jacques Cousteau. Anderson dedicates this movie to the late French diving pioneer.

In this movie, Zissou is an eccentric oceanographer who sets out to exact revenge on the jaguar shark that ate his partner Esteban while working on their latest documentary. He embarks with his crew aboard his research vessel Belafonte to document the shark’s destruction. The crew is made up of his estranged wife Eleanor (Anjelica Huston), chief strategist and financial backer; Pelé dos Santos (Sue Jorge), a safety expert and Brazilian guitarist who sings David Bowie songs in Portuguese; and Klaus Daimler (Willem Dafoe), the German first mate who views Zissou as a father figure. Along with his crew, longtime fan Ned Plimpton (Owen Wilson) joins them after he meets Zissou at a premier claiming to be his long lost son.

Fun Fact: Lead actor Bill Murray is actually a stoner himself and was famously busted with 10 pounds of cannabis before boarding a flight to Denver!

Blue Hawaiian is a Sativa-Dominant hybrid flower famous for its beautiful light green to orange buds that are covered in rich orange and red hairs with sparkling trichomes. Let the waves wash over you as this fruity sweet buds uplifts and relaxes you. Users report feeling happy and focused after puffing on Blue Hawaiian, so don’t worry about zoning out and missing any important plot points while you watch the movie!

Try Blue Hawaiian from us today!

Made in 2012, Moonrise Kingdom is a coming-of-age comedy-drama movie featuring an ensemble cast that includes Bruce Willis, Edward Norton, Bill Murray, Frances McDormand, and Tilda Swinton. It was nominated for the Academy Award for Best Original Screenplay as well as the Golden Globe for Best Musical or Comedy. In 2016, it even made the BBC’s List of Greatest Movies of the Twenty First Century.

The story takes place in New England on the fictional island of New Penzance. There, an orphan boy named Sam Shakusky (Jared Gilman) is attending Camp Ivanhoe, a Khaki Scout summer camp led by Scout Master Randy Ward. During the summer of 1964, Sam meets 12-year-old Suzy Bishop (Kara Hayward) during a church performance of Noye’s Fludde. The two become pen pals after this and over a course of time, they begin to fall in love. Once their relationship becomes romantic, the two young love-birds make a secret pact to run away together and never look back. 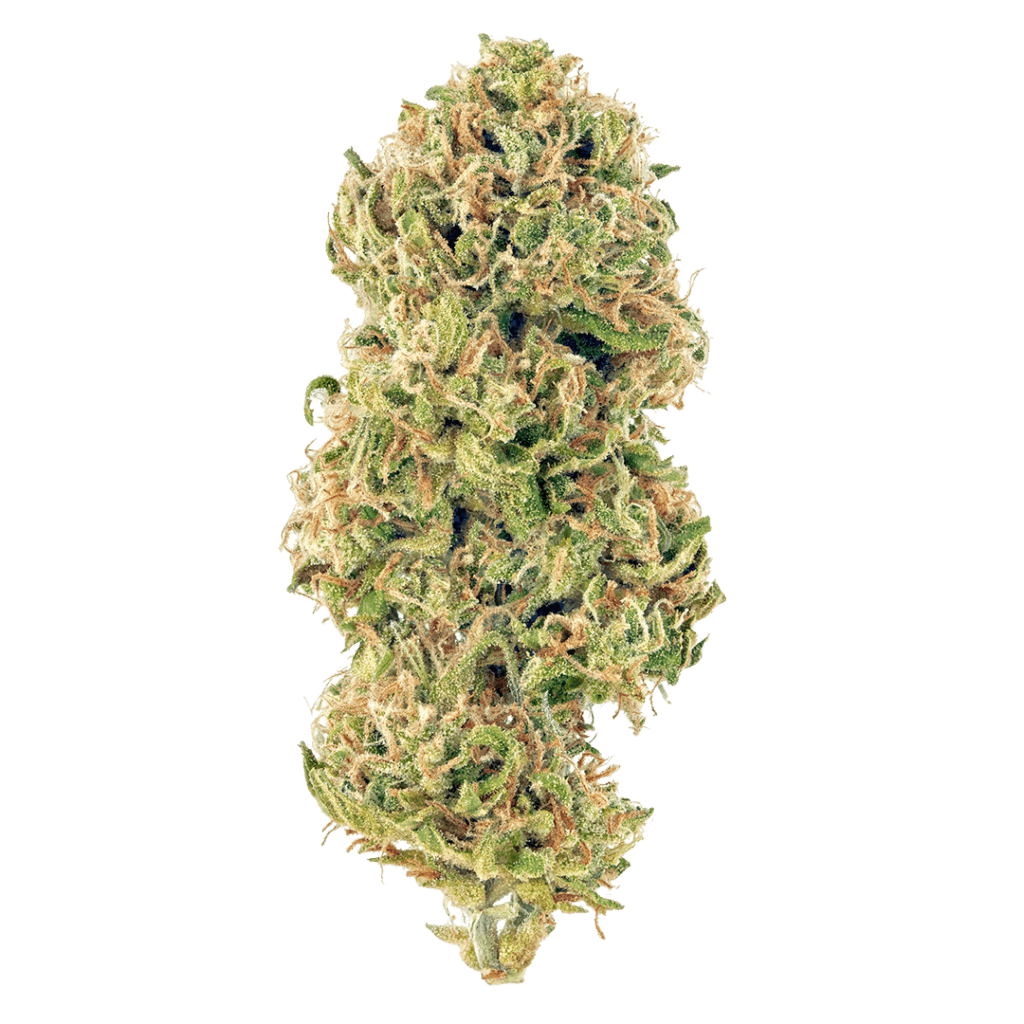 Huckleberry Moonrock is a hybrid strain famous for its unmistakably delicious berry scent. The effects of this bud are on the milder side, cutting through stress without the cloudiness. You’ll feel like a kid again when the joyful high hits you. It may also give you a case of the munchies, so make sure to pop some extra popcorn to keep beside you while you enjoy the movie!

Try Huckleberry Moonrock from us today!

Made in 2001, The Royal Tenenbaums is an American comedy-drama that was co-written by Owen Wilson. This movie stars Gene Hackman, Danny Glover, Anjelica Huston, Bill Murray, Gwyneth Paltrow, Ben Stiller, Luke Wilson, and Owen Wilson. After its debut at the New York Film Festival, The Royal Tenenbaums received positive reviews from critics and was Anderson’s most financially successful movie until the release of The Grand Budapest Hotel. Gene Hackman won a Golden Globe for his performance as Royal Tenenbaum and the screen writers were nominated for the Academy Award for Best Original Screenplay. In addition, it was included in BBC’s 100 Greatest Films of the 21st Century in 2016.

The movie follows the lives of three gifted siblings, Chas (Ben Stiller), Margot (Gwyneth Paltrow) , and Richie (Luke Wilson). The Royal children all experience great success in youth, but even greater disappointment and failure in adulthood. During their childhood years, their eccentric father Royal Tenenbaum (Gene Hackman) leaves them behind, only to return to them in their adulthood. His return to their lives comes when he learns that ex-wife Etheline’s (Anjelica Huston) longtime accountant Henry Sherman (Danny Glover) proposed to her. Upon learning this, Royal claims that he has stomach cancer in an attempt to win back the affection of his ex-wife and children. 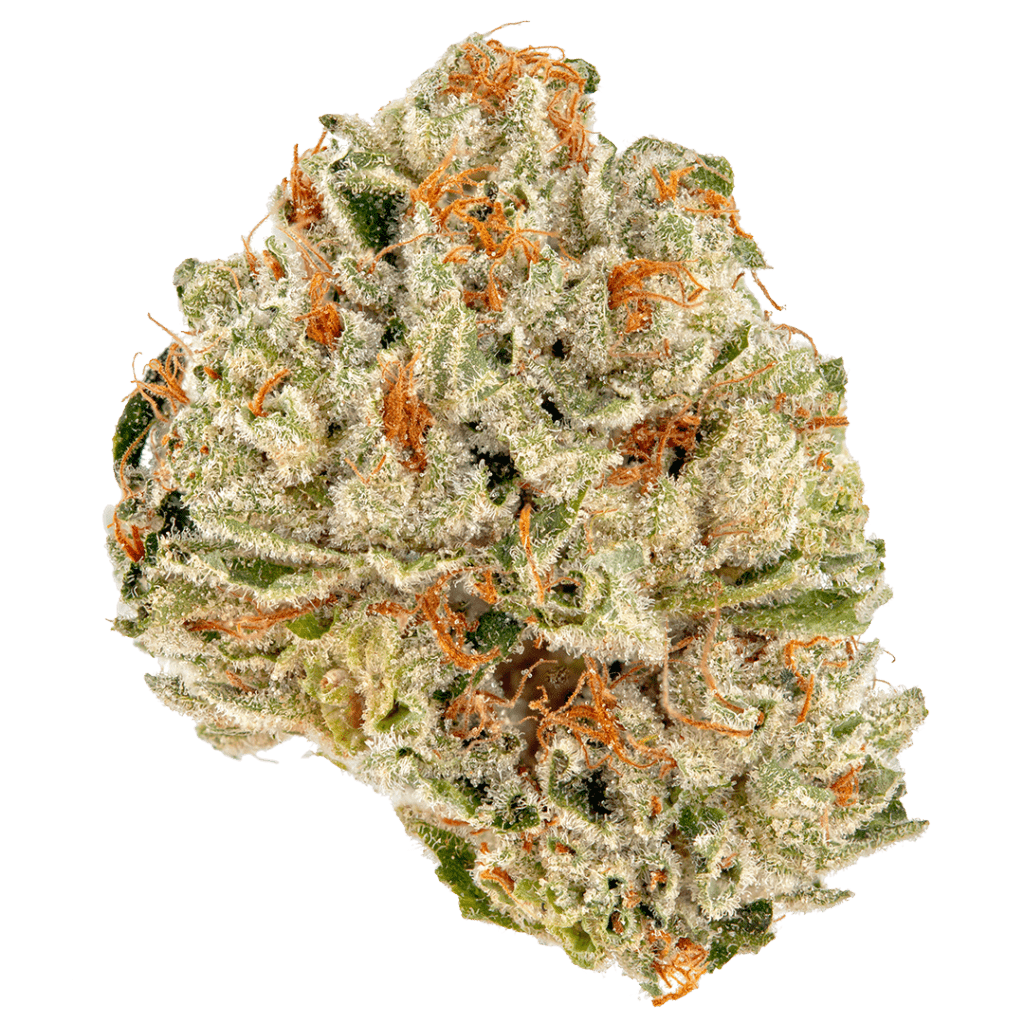 Royal Highness is a hybrid cannabis strain developed through a cross of Dancehall. This strain has a nearly balanced ratio of THC to CBD. So, the effects are energizing while allowing you to focus on the movie. It’s smooth flavor contains fruity, spicy, as well as some skunky notes. This strain is the choice of many who deal with anxiety and pain and is a crowd favorite in places like Portland, Oregon. Smoking this bud before movie night will have you fully immersed.

Try Royal Highness from us today!

Made in 2009, Fantastic Mr.Fox is an American stop-motion animated comedy movie based off of the 1970 children’s book by Roald Dahl. This quirky classic stars George Clooney, Meryl Streep, Jason Schwartzman, Bill Murray, Willem Dafoe, and Owen Wilson. The movie received critical acclaim upon its release as well as a nomination for the Academy Award for Best Animated Feature.

The movie starts while Mr.Fox (voice of George Clooney) is raiding Berk’s Squab farm. He suddenly triggers a fox trap, caging himself and his wife Felicity (voice of Meryl Streep). While ensnared, Felicity reveals that she is pregnant and begs that Mr.Fox find a safer job if they manage to escape. As a result, he agrees and the two of them escape. Twelve fox years (two human years) later, Mr.Fox is now a newspaper columnist and has a son named Ash (voice of Jason Schwartzman).

Trying to provide a better life for his family, Mr.Fox moves them into a nicer home inside a tree. This new home is dangerous for the family though, as its near three dangerous farmers named Boggis, Bunce, and Bean. Soon after their arrival at the new home, Felicity’s nephew, Kristofferson Silverfox (voice of Eric Chase Anderson), joins the family. This causes Ash to grow jealous as Kristofferson charms everyone around them, especially Mr.Fox. Growing restless, Mr.Fox soon falls back into his old thieving ways and hits the three farms in a three night long heist with his opossum friend Kylie (voice of Wallace Wolodarsky). 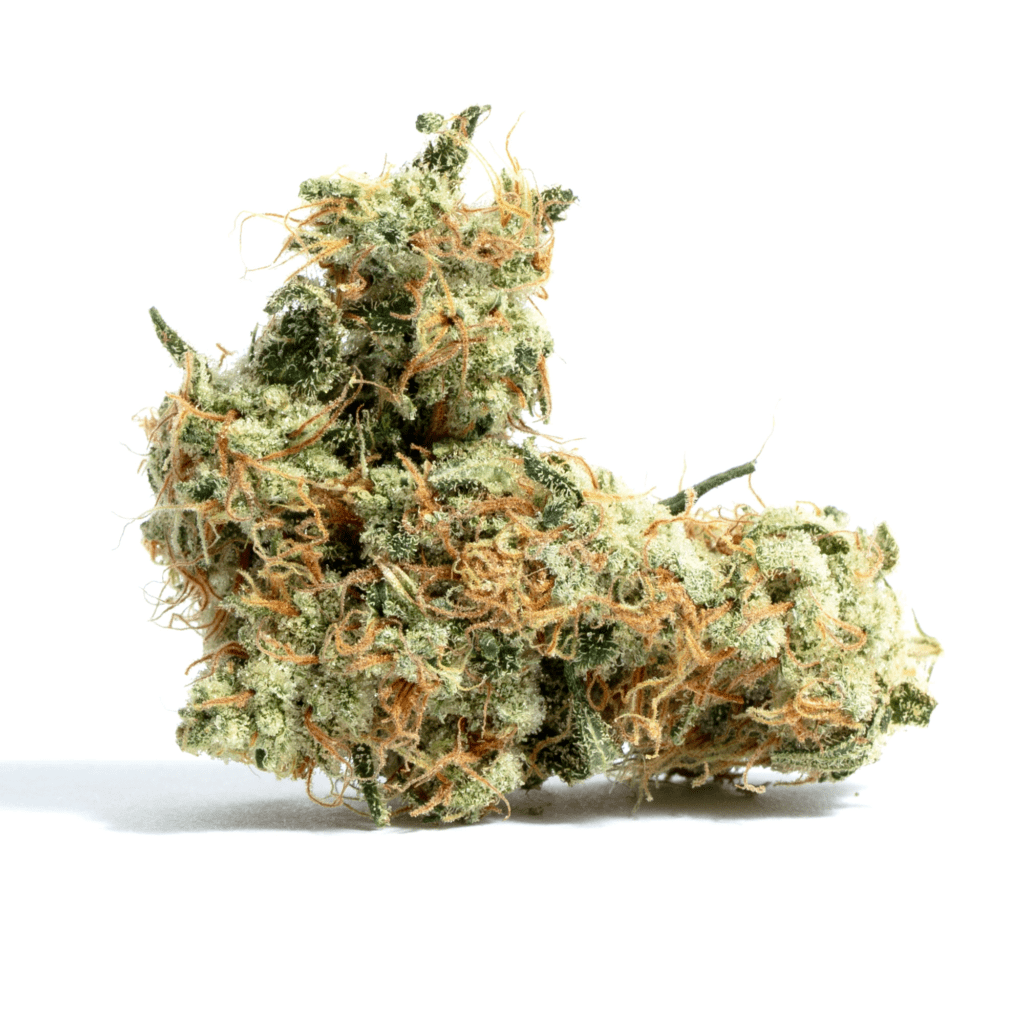 Apple Fritter is a true hybrid strain famous for its powerfully relaxing high. This mysterious strain comes from secret origins as those who grow it don’t disclose its full genetic makeup. Many who enjoy this dessert strain say it’s the perfect bud for enjoying your evening without losing your cool. This strain is sure to fill the air with notes of sweet apple along with a light cheesy pastry scent. The sweet apple profile of this flower would make even Bean jealous!

Try Apple Fritter from us today!

This movie is set twenty years in the future, when a recent outbreak of canine influenza poses a threat to humans in the area. As a result, the city’s authoritarian mayor Kenji Kobayashi (voice of Kunichi Nomura) banishes all dogs to Trash island. This infuriates his opponent Professor Watanabe (voice of Akira Ito), who claims to be close to a cure for the canine influenza. Following this, the first dog to be sent to Trash island is a white and black-spotted dog named Spots Kobayashi. Spots served as the bodyguard dog of the mayor’s distant nephew and ward Atari Kobayashi (voice of Koyu Rankin). Later, Atari hijacks a plane and flies it to Trash Island (now also called the Isle of Dogs) in search of Spots. 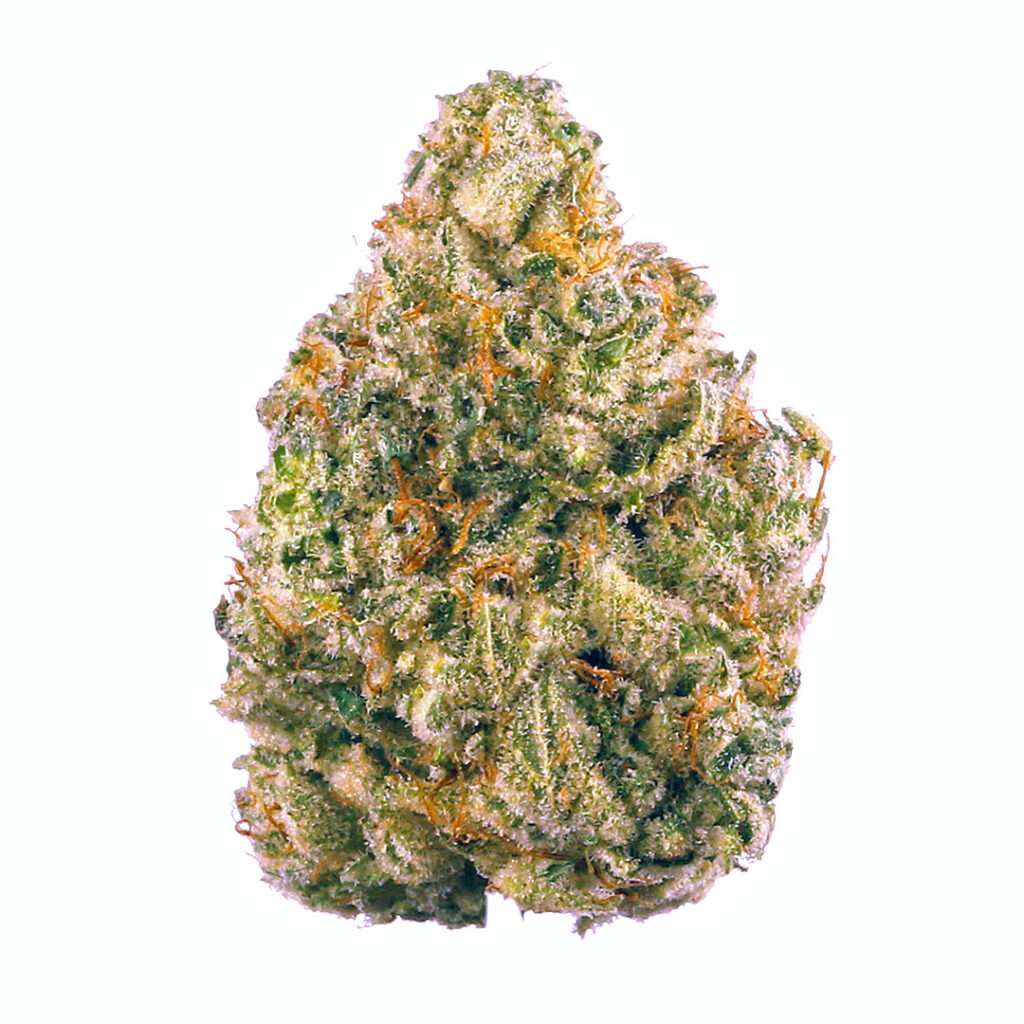 Chemdawg, or Chemdog, is a hybrid cannabis strain with a mysterious origin and genetics. This famous strain is the source of many other classics like Sour Diesel and OG Kush. Chemdawg is famous for its for its strong, sharp diesel-like smell. In addition, Chemdawg is a potent strain so newbies be warned! When you smoke this bud you’ll be feeling euphoric once it’s heavy mind and body high hits you.

Try Chemdawg from us today!

Want to pick up some bud before movie night but don’t want to wait in line. Take advantage of our online ordering today!

Not in the mood for Wes Anderson? No problem, check our list of the new classic stoner movies!