Happy Pride Month! This June, we’re celebrating by talking about the history of Pride and the intersection of LGBTQ+ and cannabis culture. In America, both cannabis use and LGBTQ+ marriage were illegal prior to 2012. On top of that, both activities were and still are sometimes met with scrutiny from the general public. As such, cannabis and queerness were considered counterculture for most of American history.

Before we dive into the relationship between the LGBTQ+ community and cannabis, we have to start with some basic education on the history of gay pride. The pride parade we celebrate every June is an annual reminder of the Stonewall Riots.

The Stonewall Inn is a gay bar, in fact, it was the only gay bar in New York during the late 60s. During this same time, police raids were fairly routine. This being said, the Stonewall Inn often got tipped off as to when these raids were happening because it was owned by the crime syndicate. So, patrons were often able to avoid the raids and would return once the raids were over. However, one night things didn’t go as planned, and the Stonewall Inn was the setting for a series of spontaneous protests by members of the LGBTQ+ community.

During these police raids, patrons were lined up and commanded to provide their identification to officers. Those who failed to provide an ID or who were found out to be dressed in drag were arrested shortly thereafter. Women were also required to be wearing three pieces of “feminine” clothing, otherwise, they too would be arrested. The police also violated patrons during these raids, taking some into the bathrooms and examining their genitals to match it to the sex on their IDs. Lesbians were also often felt up inappropriately by male officers.

The only known photograph taken during the first night of riots, by freelance photographer Joseph Ambrosini, shows gay youth scuffling with police.

On June 28th, 1969, a police raid commenced, but the bar hadn’t been tipped off. During this police raid, officers quickly lost control of the situation that was unfolding at the Stonewall Inn. People began refusing to produce their identification and resisting arrest. This caused the police to become upset and decide to take everyone who was at the bar that night to the police station. As the officers and patrons waited at the scene, a crowd of 100 to 150 people grew outside the bar. 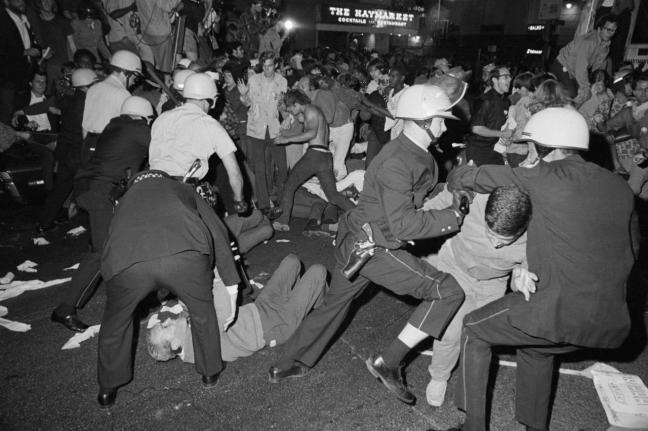 As tensions rose and police began getting violent with patrons, the crowd began rioting. The crowd tried to overturn a police wagon at the scene, shouted obscenities at the police, and threw beer cans and garbage cans as officers put civilians in cuffs and beat patrons with their batons. The scene continued to escalate throughout the night, but by 4:00 a.m the streets had been cleared. One year after the original Stonewall Riots, on June 28, 1970, thousands of people took to the streets of Manhattan chanting “Say it loud, gay is proud”. While at the time it was called “Christopher Street Liberation Day”, this was the first gay pride parade. Now, over 50 years later, we take to the streets every June to celebrate pride. 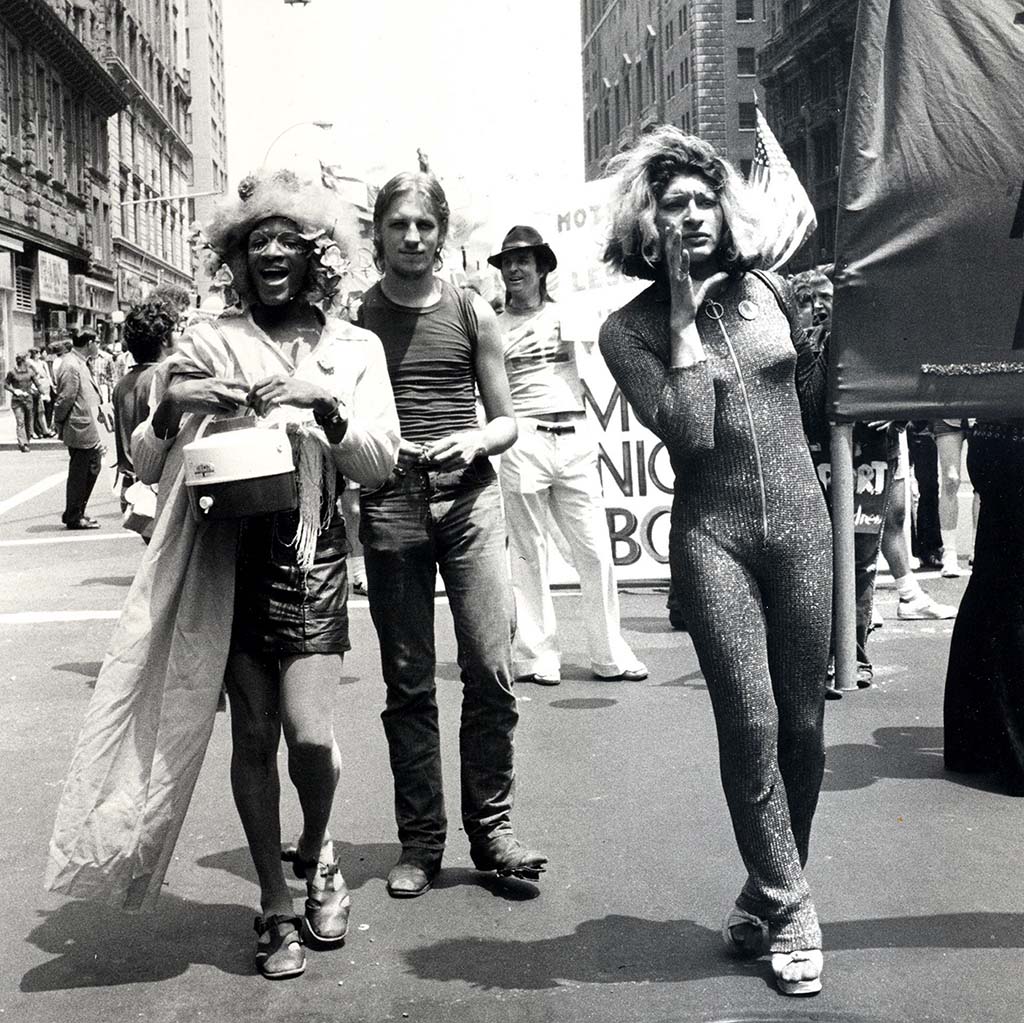 The Stonewall Riots were the catalyst for LGBTQ+ activism in America. Numerous gay rights organizations began sprouting around the country like the Gay Liberation Front, Human Rights Campaign, GLAAD, and PFLAG. Notable activists who fought for LGBTQ+ rights during the inception of these movements were Sylvia Rivera and Marsha P. Johnson. In fact, Rivera and Johnson were the founding members of the Gay Liberation Front and S.T.A.R. 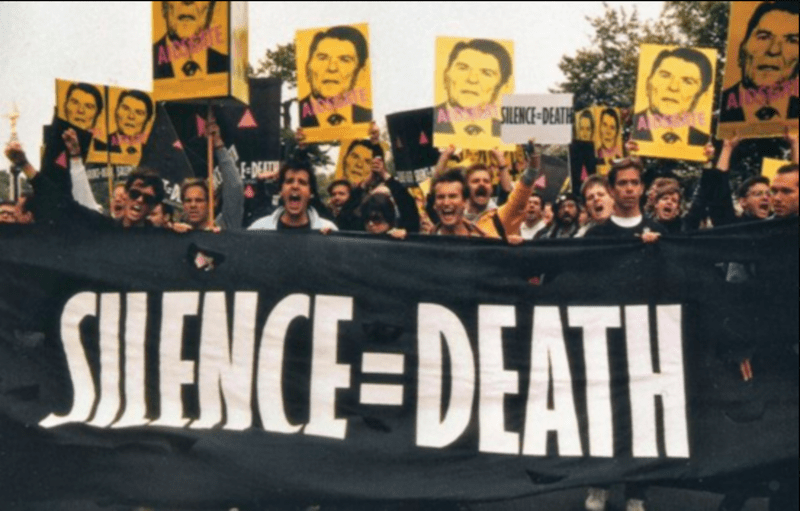 Just over a decade later, one of the biggest tragedies the queer community faced in America was unfolding — the AIDS crisis of the 80s and 90s. Millions of people have died up to the present day from complications due to AIDS. During the beginning of the AIDS crisis in the early ’80s, there was not only no cure for this disease but there were also no pharmaceuticals available for people to find relief from their symptoms. As such, many turned to medicinally using cannabis despite it being illegal in many places. This uptick in cannabis use by people in the LGBTQ+ community brought forth a surge in cannabis activism among queer people. As a result, LGBTQ+ and HIV activism greatly increased public support for access to cannabis. Harvey Milk and Dennis Peron were two notable San-Fransisco-based LGBTQ+ political figures who proposed legislation for legalizing cannabis to benefit not only the LGBTQ+ but the general populous as well. 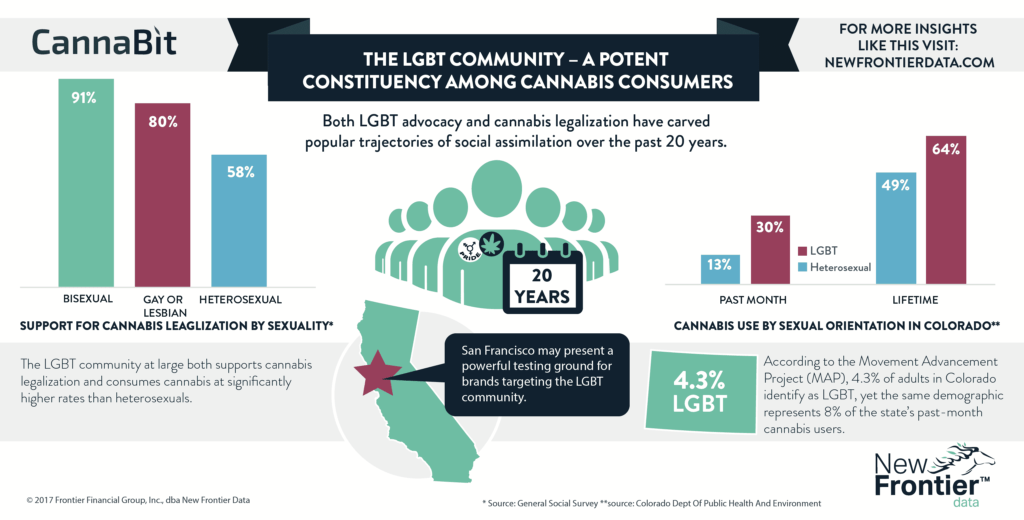 Even now, cannabis culture and queer culture are heavily intertwined. In fact, several studies suggest that LGBTQ+ individuals consume cannabis at a higher rate than heterosexual people. It’s no surprise either. Not only did cannabis help those seeking relief during the AIDS crisis, but both cannabis consumption and queer identities are considered counterculture here in America. As such, both communities have a lot of overlap. A lot of queer people smoke weed and a lot of stoners are queer folks. In fact, drag queen and self-proclaimed stoner Laganja Estranja is quoted as saying, “I think a lot of people who are gay, bisexual or non-binary [turn to cannabis] because they are ostracized at a very young age, whereas someone who is straight or in a heteronormative relationship isn’t quite as often. There is a higher stress level for people in the community.”

It’s been 30 years since the first Pride march took place here in Spokane. This year, Pride will be held on June 11th in downtown Spokane. The parade will kick off at noon and the festival will run until 6pm. Show your pride by celebrating downtown with members of the community!

Plus, you can come to see us after the festivities! Cinder’s Downtown location is conveniently located on 2nd Avenue. So, you can drive or even walk on over to us after Pride. We hope to see you then!