You must be at least 21 to enter this site
Yes No
Smoke Everyday Like It's Groundhog Day - Cinder
INFO@CINDERSMOKE.COM 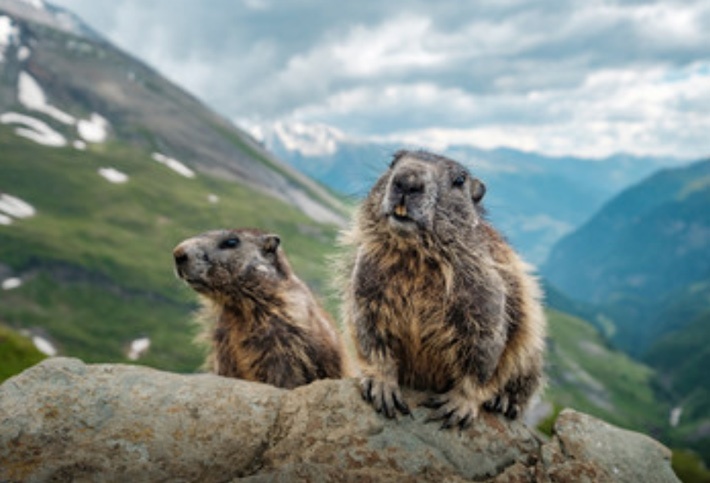 As tradition has it, the fate of our weather comes down to the actions and consequences of a cute little groundhog. When the groundhog emerges from its hidey-hole on February 2nd, the presence (or lack there-of) of a shadow will give us insight into whether to expect an early Spring or 6 more weeks of winter.

I watched the classic 1993 film “Groundhog Day” in the spirit of the holidays and wanted to share my experience with you. During the almost 2 hour long movie, I smoked joints, took dabs and lost myself in the story. 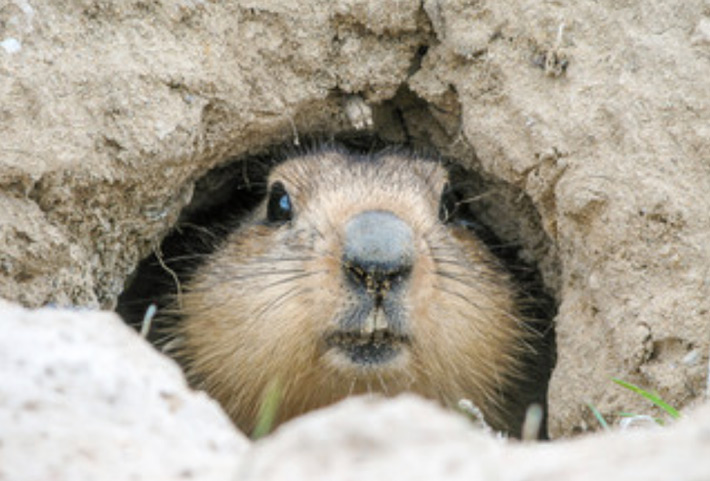 Even though the movie came out 27 years ago, I still feel like I have to warn for spoilers because the first time I watched the movie was in 2020. Maybe there are some late bloomers out there like me too.

To prepare for the ultimate viewing experience, I started off with a couple bong rips of Dutch Treat by Western Cultured. This citrus-y smoke settled me into a state of relaxed euphoria that readied me for the journey. I became invested in the main characters and I was excited to see what kind of problems they would be facing in the upcoming scenes.

By the time the movie introduced us to the groundhog for the first time, I was ready to start puffing on a joint. I popped open the Green Crack by Sugarleaf and got to chiefing. The Green Crack had me giggling during the main character Phil’s cynical attitude towards the groundhog festival while also giving me the energy to stay focused. That focused feeling had me wondering, “Why is Phil so bitter towards people that are having fun and enjoying the festivities? Sure, the tradition is silly and not based on actual science but it’s still a fun event nevertheless. Don’t take it too seriously.” 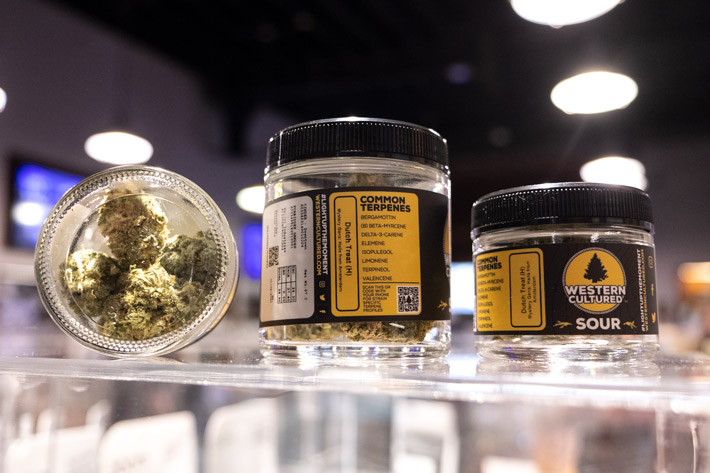 Phil goes to bed and wakes up to find that his fate is to relive February 2nd over and over again. First, he feels optimistic because getting a reset every day means he can do whatever he wants and not face the consequences of it. He makes connections with people he has no intention of talking to ever again when he wakes up. He gets into fights with people he doesn’t like. He eats whatever he wants because he doesn’t have to worry about calories. However, the novelty of his situation dies down and he tires of having to experience the same thing over and over again.

Phil finds a love interest in his coworker Rita and eventually, his new purpose in his situation turns into trying to woo her so that he can get into bed with her. At this point, I heated up my dab rig so I could smoke some Blue Dream by Dank Czar. The Blue Dream had me feeling calm and settled without feeling so relaxed that I wanted to fall asleep. 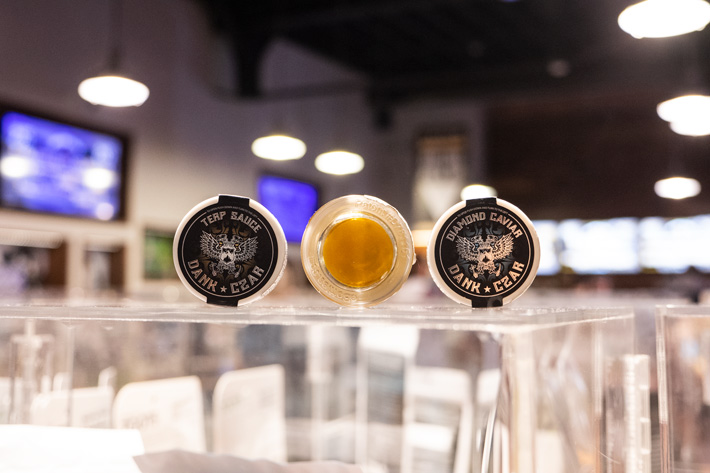 As I hit the last half of the movie, I started taking hits from the Afgoo preroll by Herba. This strain is more sedating than the stuff I had been smoking previously but I was so into the movie at the point that I was not feeling tired at all. However, it had my mind running with introspective thoughts like, “What would it feel like to know that you will never live another different day?” I also wondered “Would anyone want to live a life like this where you’re forced to see the same people and occurrences over and over and over again?” It actually had me feeling sad for the main character because he would be making amends with people who he had bad relations with, only to wake up the next day and have them hate him again. 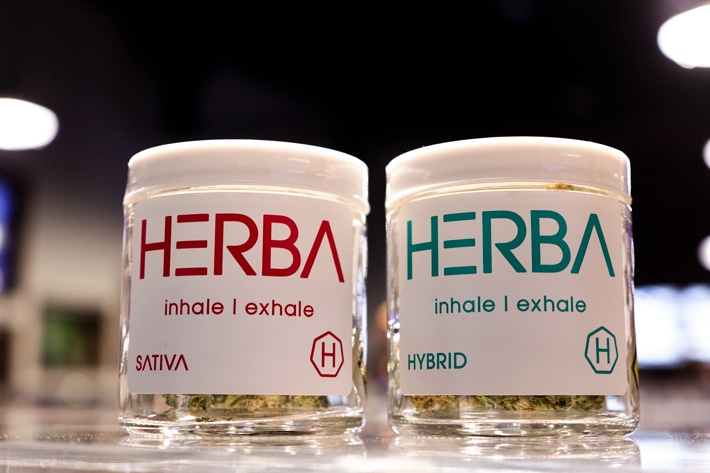 What Can We Do To Make Each Day Count?

Since this is a rom-com, of course, there will be a happy ending. In preparation for the story’s conclusion, I loaded up my bong one more time with the Mental Glue by Burnwell. This strain had me feeling very relaxed and I knew I would be ready for the bed by the time the ending credits hit. Phil decides that if he’s going to have to repeat the same day for eternity, he’s going to put purpose into it by living for others. He spends each day helping different people whether by saving them from choking at a restaurant, saving a boy falling from a tree or helping some grandmas with a flat tire. He even learns how to play the piano. 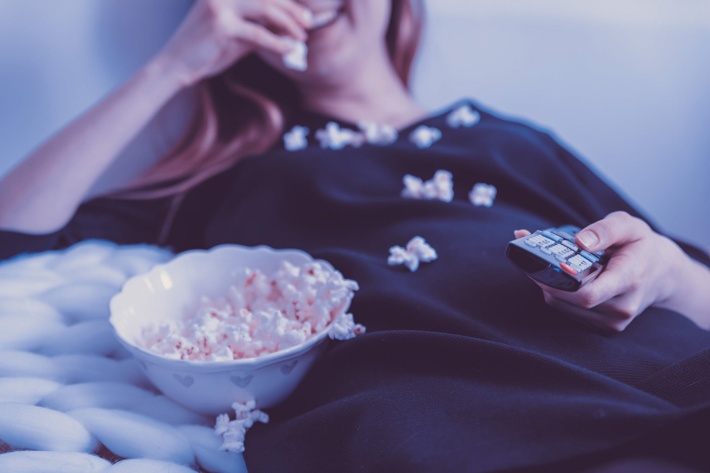 The conclusion of the movie sees Phil waking up on February 3rd after having lived the perfect day of helping people and putting good energy out into the world. I thought it was cool that he walked out of the house to see a neighborhood covered in a thick layer of snow. Just as the groundhog predicted at the beginning of the movie. That’s foreshadowing for ya. 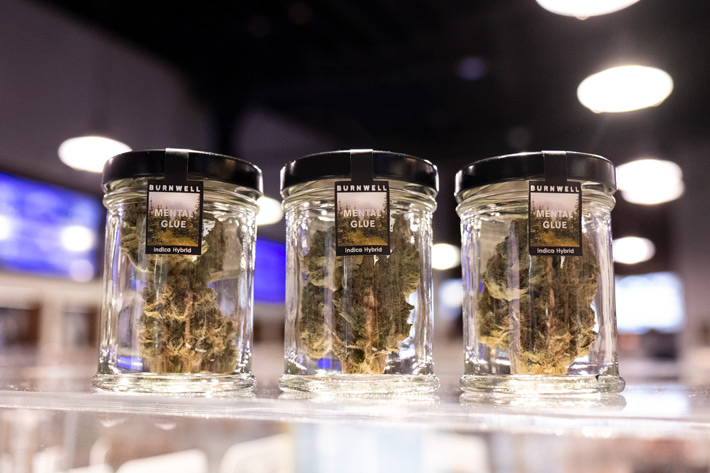 What would you do if you had to live the same day over and over again? Would you be able to find the energy to do good deeds only to have the recipients forget all about it (and you) the next day? What’s the craziest thing you’d do if you didn’t have to face the consequences of it? What do you think the best strains to smoke would be during a movie like this?

Everything I smoked can be found and bought at any of our Cinder locations. This 27-year-old movie is still referenced to this day because it is a classic that has relatable themes to this day. I hope you’re inspired to try some new strains and rewatch this cinema classic.